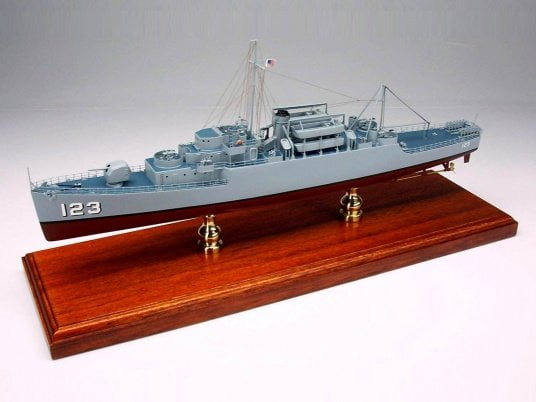 The USS Diachenko has a great history and story.  The humble ship was active during World War II, the Korean War, and the Vietnam war.  Ships like the Diachenko undergo changes as it prepares for wars and ship commanders change hands.  Custom models of the USS Diachecko can be fabricated in one-hundred different ways.  This is because the life span of a ship can outlast humans and last for many generations. For example, the Vietnam version of this ship would have a slightly different configuration from the Vietnam war and the Korean War.   Just imagine visiting Vietnam in the Heart of winter and using the same outfit in Korea. You would freeze to death.  Technology changes all the time.  Ships and Aircraft are retrofitted with upgraded hardware and technology.  Advanced radar systems and Guns can be upgraded.  These all factors in the accuracy of a ship model.  A sailor serving on the Diachenko during the Korean War will want a replica of a ship that reminds him of this time on the ship.  The Guns, Aircraft, and markings must be consistent with that era.