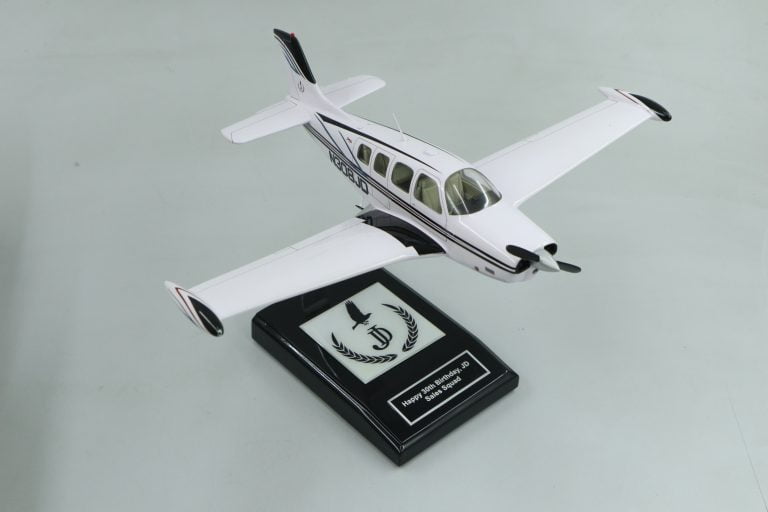 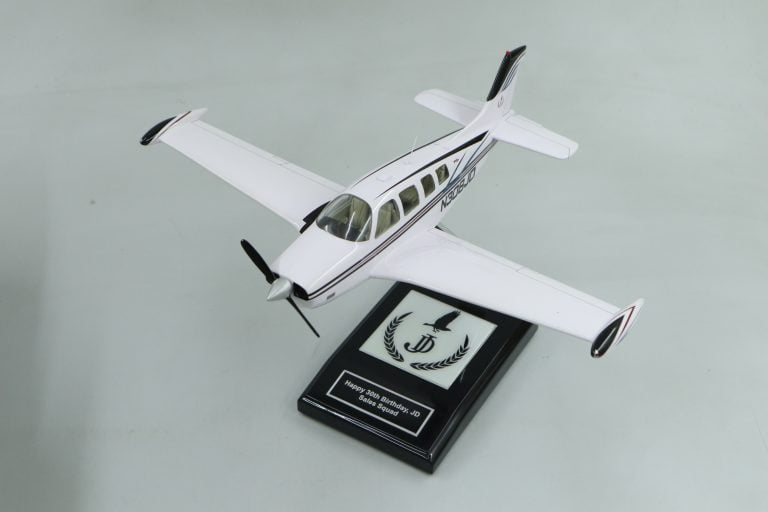 The Beechcraft Bonanza is an American general aviation aircraft introduced in 1947 by Beech Aircraft Corporation of Wichita, Kansas. The six-seater, single-engined aircraft is still being produced by Beechcraft and has been in continuous production longer than any other aircraft in history. (1968–1969) BE36 is a E33A with a ten-inch fuselage stretch, four cabin windows each side, starboard rear double doors and seats for six, one 285 hp Continental IO-520-B engine, 184 were built. No matter how sophisticated your Aircraft Models Livery may be, Modelworks is bound to replicate your Airplanes graphics perfectly.  Call Toll Free for a free quote today:  1-844-8MODELS