Why You Should Gift an Aviation Enthusiast with an Airplane Model 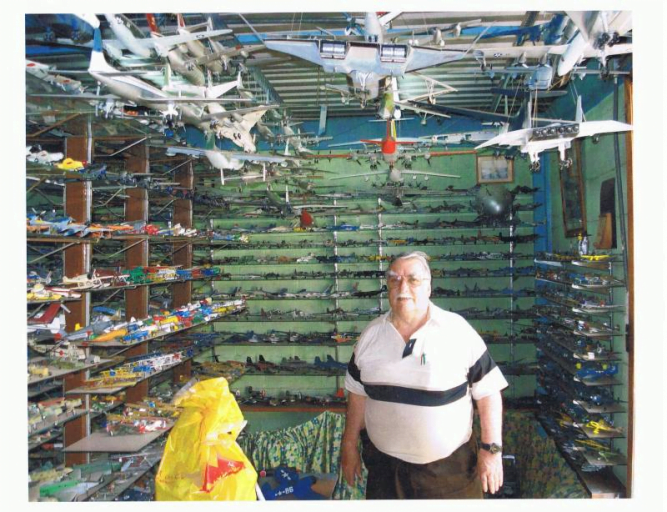 A guy posing with his airplane model collection

Peanut and butter, ham and cheese, bacon, and eggs. Just like these food items which are better together, there are also some notable items that are perfect for particular individuals.

For instance, custom airplane models aren’t just for regular people. While anyone can buy and keep it, it’s meant to be collected, and appreciated by aviation enthusiasts, who take pride and delight in these treasured possessions. The next time you’re deciding whether or not to gift an aviation enthusiast with an airplane model, here are the reasons to give you a push:

It’s probably safe to say that all aviation enthusiasts really like model airplanes. In fact, they often have their favorite or meaningful airplanes, custom-built by skilled model makers. They will proudly display it at home or at work. They will boast it to their family, relative, and friends. An impressive airplane model will last a lifetime. It is, therefore, important, to look for the best craftsmen if you’re planning to give the airplane model as a gift. There is usually at least ONE fine scale modeler shop in every neighborhood. Some popular models are as follows:

There are many mass-produced airplane models in the market, but the custom-built one is always better. Why? Well, these are not produced by batch (with compromised quality), each model takes roughly hundreds of hours just to complete, assembled carefully piece by piece, to make it as accurate, detailed, and beautiful as possible. Remember, the quality should be the number one consideration when looking for an airplane model that will last forever!

Your aviation enthusiast friend may be a retired pilot or just someone who has long dreamed of being one, but has taken a different career path. For a retired pilot, getting an airplane model will remind him of all the good memories of his flying days, as well as the hardships he had to go through before getting to his remarkable position. He or she will truly be evocative, just by looking at the model displayed on the shelf.

To someone who has always wanted to be a pilot or a cabin crew, but went on a different path, this will be a reminder of a beautiful dream. While it may evoke feelings of sadness or regret, for not getting the chance to experience being in the skies, it will still put a smile on their face, because it will definitely make them feel young again – a dreamer who is hopeful, and optimistic.

The good memories are not engraved on the airplane model itself. It’s more of an emotion-provoking piece when looked at.

Sometimes, they are too preoccupied with different things going on in their life, that they don’t take any time indulging themselves in their special interests. If you have someone who loves the aviation field so much, try giving them an airplane model, and see if it makes them start collecting the items.

Many people get this. Just because it’s on display, doesn’t mean it’s meant to share a silent story of wonder. Aviation enthusiasts may love the idea of collecting airplane models, and telling the history of each one, to their kids or grandkids. This will not just test their understanding and knowledge of the airplane, it will also show the fervent love they have for the flying machines. Not everyone knows about the great story of the great fighter planes used in the World War, nor is everyone familiar with the different aircrafts used in the James Bond film.

We’re sure that if you have a collection, you almost know the story of each plane by heart, given than you had it custom built, or you personally took the time to find it on a shelf. In fact, you can take your storytelling to the next level. You can actually take a video, upload it on YouTube, and be a channel that tells the story of many different airplane models. Imagine that. You are expressing your passion, and at the same time, you’re educating many people who find airplanes interesting.

Listed below are some recommended airplane models to look out for.

Whatever the reason is for gifting an aviation enthusiast with something special, you just can’t go wrong with an airplane model!