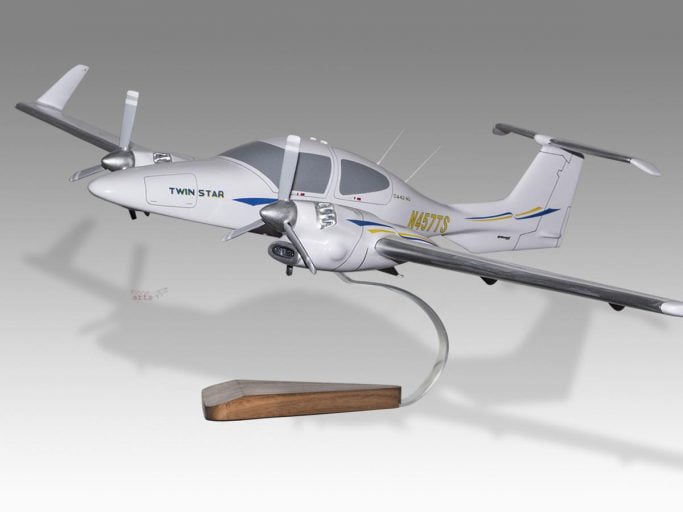 It was the first twin-engine aircraft designed by the manufacturer Diamond. The airplane model was the first to cross the North Atlantic non-stop for being a diesel-powered fixed-wing aircraft. It quickly made its name in the aircraft industry as it was used in government and military operations. The aircraft resembles a modern automobile for its four-seat passenger compartment and its fuel-efficient model airplane engine. It was made with composite materials. Modelworks also can also produce scale model aircraft in the same manner; using a combination of several materials depending on your preference. Leading model aircraft builder Modelworksdirect also presents other aircraft scale models like military fighter jet model and private aircraft model; and offers scale model kits, and more aircraft model products. We provide customizations on the paint color, finish, markings, stickers and things you can add to the model stand like the inscription plate or the logo.