Model collectors are very meticulous with regards to the detailed look, and quality of the items they are collecting. They consider these “investments,” and “prized possessions,” to be appreciated for a very long time.

Being a collector is not a cheap hobby, but it’s definitely very rewarding. The first rule of collecting is to collect the things you love. The value given is simply pleasure and satisfaction. Sure, some collector items go up in value, but the “investment” factor which roots from collecting items shouldn’t be the motivation.

The act of collecting is an intellectual pleasure because it’s not merely about stocking on items, but also learning about it, appreciating it and the craftsmanship put into it, as well as keeping it as “timeless pieces” that will transcend time.

There are many aircraft model collectors and aviation enthusiasts around the world. These items are simply one of the best things to collect. If ideas for what to collect next becomes hard to come by, try this instead! A new and cool twist is to add the famous Secret Service Agent James Bond-inspired custom aircraft models to one’s collection. 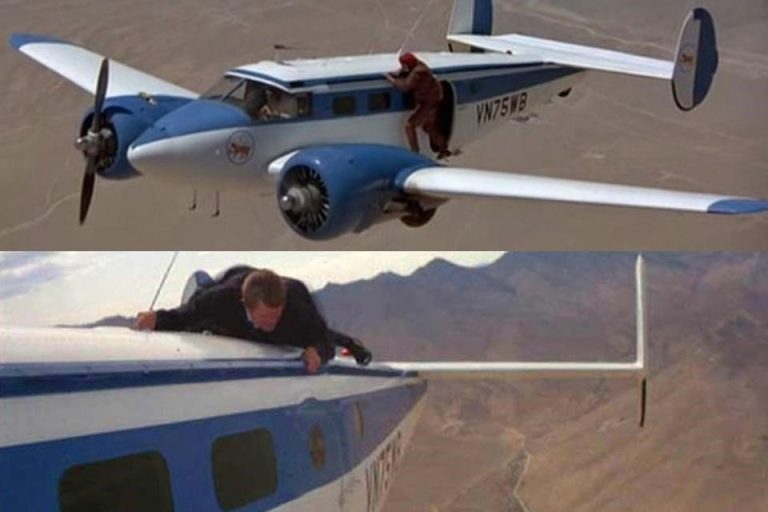 The airplanes of the popular British Secret Service Agent

AirSpace Mag reviewed and said all the James Bond films feature more than 160 aircraft and spacecraft. Here’s the list of just some of the aircraft used from 1999 onwards.

The list of James Bond-inspired vehicles is long and definitive. In fact, there are many more aircraft before the 1999 film. Here are the top picks that would look really good in any collector’s aircraft model collection:

In the James Bond film, “Casino Royale,” this fictional prototype aircraft was described as the world’s largest passenger airliner, which, according to the in-film article, was the result of ten years of research and development. According to the movie, the Skyfleet S570 was powered by twin-mounted CE856i engines, in a collaboration with NASA as well as the consortium of European engineers.

It was said to be fuel-efficient than conventional single mounted engines. It can remarkably carry over 850 passengers in a three-class configuration. This aircraft model may be fictional, because the actual airplane used in the film was an ex British Airways Boeing 747, G-BDXJ which was just bought for film work by Aces High Ltd.

Still, don’t you think this is such a marvelous plane? Many people know about Boeing. But this Skyfleet S570, albeit fictional, would look great on the shelves!

Our list of James Bond aircraft starts in 1999. But what was missing, that we can’t afford to include in the best aircraft, is the epic aircraft used in an epic aircraft scene in the Octopussy film in 1983. The Beechcraft Model 18, or also the “Twin Beech,” as it is better known is a six- to 11-seat, twin-engined, low-wing, tailwheel aircraft used in military service during and after World War II in a number of versions, including the United States Army Air Forces C-45 Expeditor, AT-7 Navigator, AT-11 Kansan; and for the United States Navy, UC-45J Navigator and the SNB-1 Kansan.

When this aircraft was used in the movie, Bond was fighting with the villain Gobinda atop a flying plane. The flying scene didn’t use any special effects, because the stunt doubles were actually clinging onto the Twin Beech flying at 200mph. The scene is easily one of the most unforgettable moments in any James Bond film. Don’t you want to keep the precious aircraft in your collection?

Another epic aircraft used in the opening of the Octopussy film, and seen in a cameo appearance in Die Another Day, is this microjet first used by James Bond to evade his captors and a potential heat-seeking missile. Why is this worth all the brouhaha? Well, the original Bede Microjet BD-5J is weighing only 358.8 pounds, and is listed in the Guinness Book of World Records as the lightest single-engine jet in the world!

Aside from being epic for being the aircraft used by James Bond, it’s also record-breaking in its own right!

May it be guns, cars, or posters, it is without a doubt that many people like James Bond collectibles. In fact, unlike other big movie franchises, Bond collectibles benefit from the marketing of a new movie every two or three years. The 007 memorabilia mega-industry is something you should consider when expanding your model aircraft collection.