Skip to content
Top 5 Expensive Private Jet In the World!

The top corporate aircraft in the world are listed for your reading pleasure! Should you be invited to travel on one of these magnificent expensive private jets you would be an honored guest.

These are the top five of some of the most expensive corporate aircraft models and most popular in the rarified air of the richest and famous who can afford this extravagant luxury. There are several ultra-large corporate aircraft (known as Bizjets in the industry), however, the more popular are the medium size models starting price around 40 million dollars. The pricing for corporate aircraft is not a fixed price in any respect. There are a large number of features available to the owner, both in terms of interior layout and configuration of seating, and the large suite of avionic options in the cockpit.

Additionally, traveling by corporate aircraft is considered to be the safest way of flying. Mainly due to a variety of factors. The main one being that corporate aircraft do not operate as many flying hours as the airliners, and the maintenance of these aircraft is done at one main home base, by the same mechanics, so the possibility of errors is much lower. The lower flight hours of corporate aircraft in many cases are less than 500 flight hours annually. Less wear and tear on the thousands of moving parts means fewer repairs.

From an operational aspect, there are some additional benefits, an important one being the ability to fly at higher altitudes than the airlines use. This also means smoother flights and less mechanical wear on the airframe and engines.

The starting price for the Embraer Lineage is 52 million dollars. An updated model, the Lineage 1000E is now available. This Embraer model can travel up to 4.600 nautical miles, and seating can be arranged for up to 19 passengers in five seating zones.

Embraer aircraft models are designed and built in Brazil. Embraer has a long history of manufacturing aircraft for the commuter airline industry. The company has built an excellent reputation in this area and has now extended it to include the corporate aircraft market. The quality of the finished aircraft is outstanding, and Embraer’s engineering expertise is comparable to Grumman aircraft. 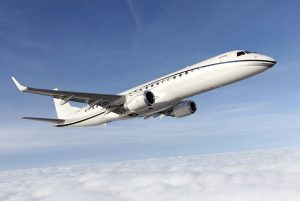 An outstanding European manufacturing company Dassault, produces an excellent product called the Dassault Falcon 7X. The Dassault name is one of the oldest and most respected Aircraft manufacturing companies. It was established in 1914 and produced a wide array of military and commercial aviation products throughout its long history. The Dassault Aviation US division was formed in 1990 and creating an outstanding series of corporate airplanes. The Falcon 7X is priced at 52 million dollars. It is the first business jet to feature fly-by-wire controls, similar to many of today’s advanced fighter aircraft. It is also lighter than comparable business jets and more economical to operate. A unique and customized model Falcon 7X is available from MWD. 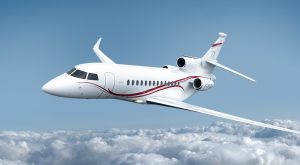 Choose a custom-designed model airplane from MWD in your own colors!

The Gulfstream G650 is one of the finest business jets today! Produced by the Gulfstream Aerospace company, is a subsidiary of General Dynamics. The Gulfstream has been known as the gold standard of corporate business jets. This family of corporate bizjets has been acclaimed by pilots and mechanics the world over. A joy to fly, easy to maintain, the G650 is an incredibly amazing aeronautical masterpiece. The G650 is also the fastest bizjet flying at .95 mach. The base cost for the G650 is 72 million dollars, however, the final price will be well above this figure when all the optional extra creature comforts and upscale avionics are added. 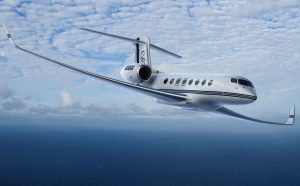 A custom designed and crafted model airplane by ModelWorksDirect will grace any collection!

The Canadian corporate aircraft made by Bombardier Aircraft is an outstanding addition to the bizjet world. The Bombardier 8000 challenges the Gulfstream for the longest range at 7,900 nautical miles! At .92 mach also one of the fastest corporate model airplanes flying today. The 8000 features a private area for crew rest, ideal for the crew on lengthy flights. The cost of the B8000 is 66 million dollars. 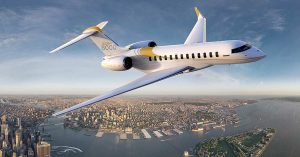 Customized aircraft models of these beautiful flying machines are available as collector’s items from ModelWorksDirect.com.  MWD can add your personal name to the finish to these aircraft and in a color scheme of your choice. Please contact us for more details on how to order yours today! Special early bird pricing available until October 30. 2020.