This is the story of a very unusual Boeing Stratolaunch airplane! It was initially designed to be utilized as a testbed for launching rockets into orbit. This airplane set new records for the largest wingspan ever built at 385 feet! It featured two side by side fuselages, based on the design of the Boeing 747-400, it utilized most of the avionics, engineering, and powerplants.

The concept included a unique feature with two cockpits. The airplane is controlled from the right fuselage by the flight crew, and the left cockpit, which is unpressurized, contains the data control systems.

The custom-designed model airplane for the Boeing Stratolaunch will undoubtedly be the most controversial model airplane due to its size. Model airplanes are designed and built to a scale that allows them to be displayed on a collectors shelf or some similar focal point for viewing.

The other huge aircraft and undoubtedly another unique model airplane is the Antonov AN-225 Mriya. These two aircraft will be the most sought after custom-designed model airplanes ever built.

The history of both airplanes is very interesting. The Boeing Stratolaunch was designed by the world-famous aircraft designer Burt Rutan. He is famous for some unique aircraft that have made aviation history and many model airplanes are available to collectors of aviation models. 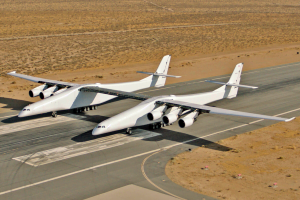 Some of the more famous of Rutan’s designs, are; Rutan Boomerang, Rutan Skigull (seaplane), Rutan VariEze, Model 367 BiPod, SpaceX, Proteus, White Knight, and many others.  Burt Rutan was a prolific designer of all types of unique and frequently odd-looking flying machines. However, they make for absolutely beautiful model airplanes. Here are two spectacular models. 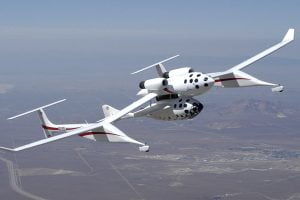 To be a collector of Burt Rutan’s custom model aircraft, you should know some details of this fabulous and prolific aircraft designer, inventorand entrepreneur! From his very early years designing aircraft, Burt broke all the traditions of airplanes and decided to forge a new approach to how planes fly.

Burt Rutan, who started his aviation flying career as an Air Force test pilot, achieved more fame for his unique aircraft designs than almost any other human being alive today!

His accomplishments are nothing short of legendary and too numerous to list in this one article. Some of his more notable and unusual looking include the first all-wood aircraft design for home builders. In many of his designs, Burt’s starting point was as a drawing he doodled while thinking about ways to change the shape of airplanes as we knew them back in the day!

Then many times, he made a scale model of the design, and this was used as a basis for the full-size mock-up of the model aircraft he approved of on his drawing board. Burt was the first airplane designer to utilize a forward wing, known as a ‘canard’ that was situated forward of the cockpit closer to the nose of the plane. 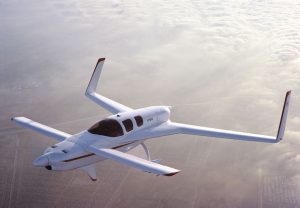 In 1986, his aircraft design called Voyager completed the first-ever around the world non-stop flight. During his extended aircraft designing career, he participated in secret plans for DARPA, the defense department’s experimental arm of the military. He experimented with lightweight foam cores that eventually his use of carbon fiber to reduce weight in his aircraft designs.

These innovations of aeronautical engineering cumulated with the amazing achievement of the Virgin Atlantic GlobalFlyer, which set the world record for the fastest (342 mph in 67 hours) and the longest (25,766 miles non-stop circumnavigation flight in history!

Burt was always pushing the envelope to its limits to see what was achievable. He designed Spaceship One, which was the first private rocket (plane or spaceship) to achieve suborbital spaceflight. The projets team was honored with the Collier Trophy, awarded by the National Aeronautic Association for the “Greatest achievement in Aeronautics or Astronautics in America.”

Before he retired, Burt, in partnership with another legendary entrepreneur, Richard Branson, launched the successful Spaceship Two project. The future of commercializing space flight is now a certainty. The only question remaining is the date! Look for more details in our upcoming blog!