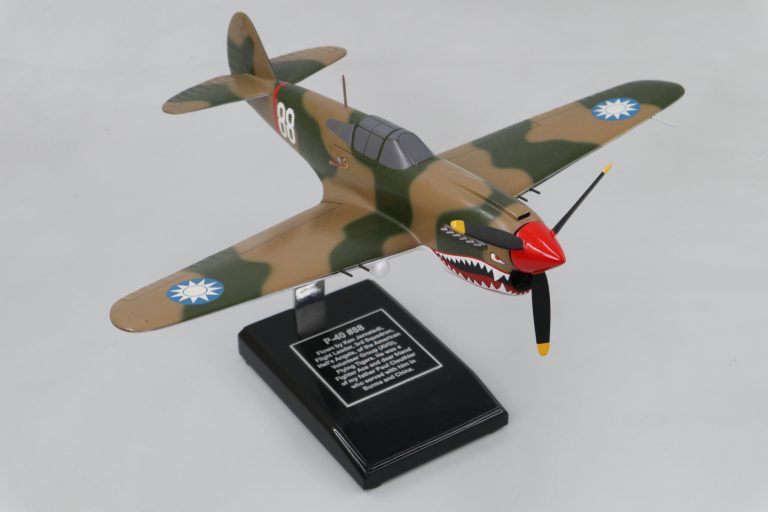 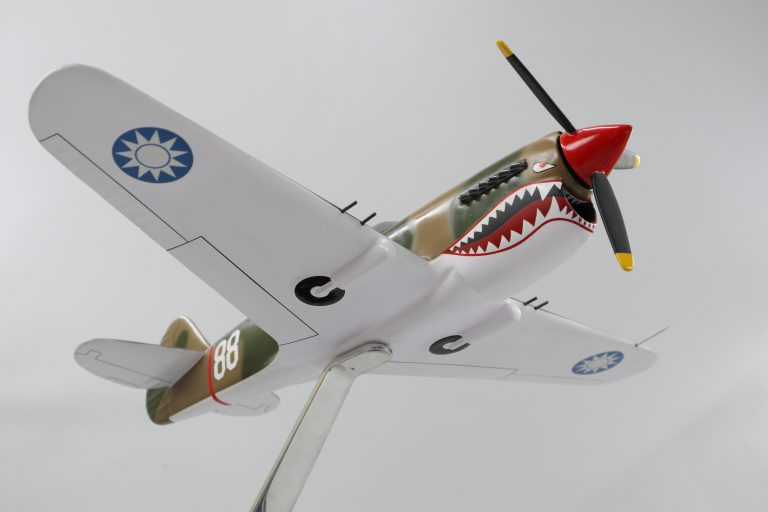 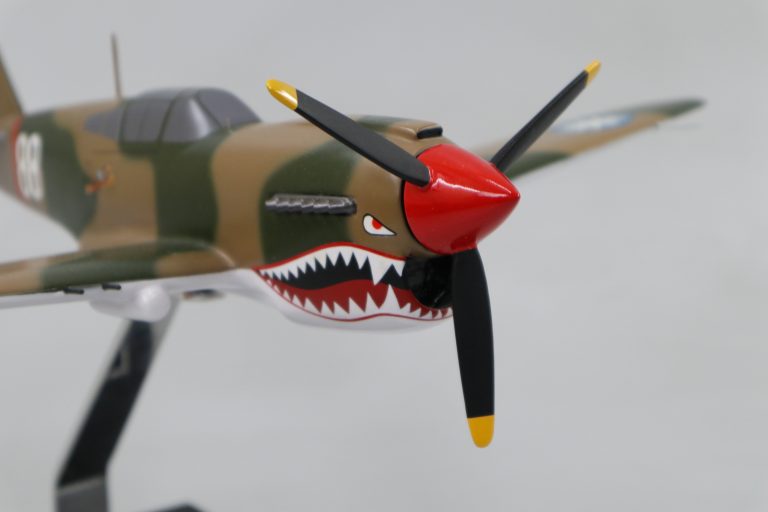 The Curtiss P-40E Warhawk is an American single-engine, single-seat, all-metal fighter and ground-attack aircraft that first flew in 1938. P-40E Warhawk was the name the United States Army Air Corps gave the plane, and after June 1941, the USAAF adopted the name for all models, making it the official name in the U.S. for all P-40s. The P-40E Warhawk was used by most Allied powers during World War II, and remained in frontline service until the end of the war. No matter how sophisticated your Aircraft Models Livery may be, Modelworks is bound to replicate your Airplanes graphics perfectly.  Call Toll Free for a free quote today:  1-844-8MODELS