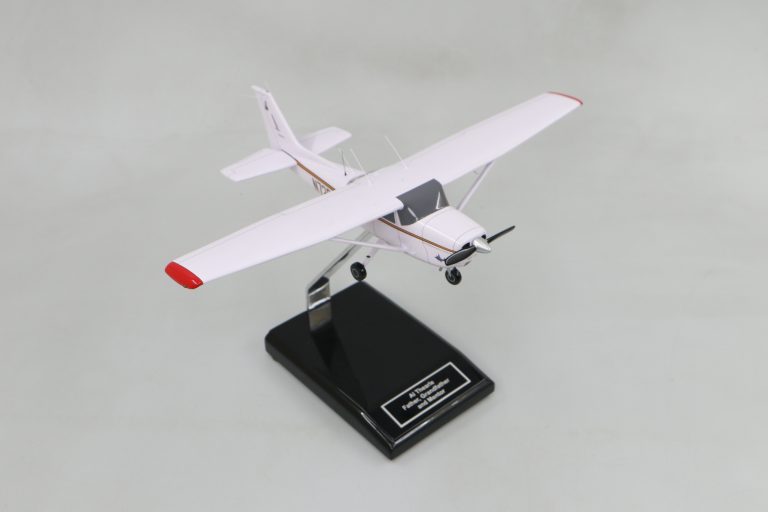 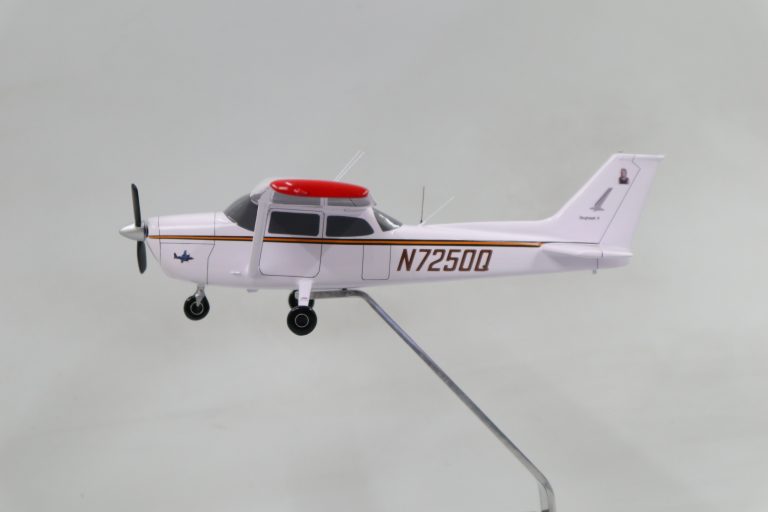 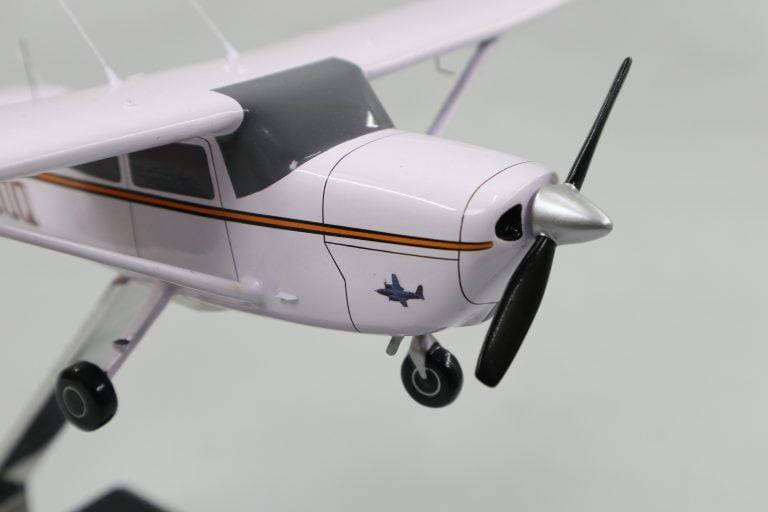 The Cessna 172 Skyhawk is an American four-seat, single-engine, high wing, fixed-wing aircraft made by the Cessna Aircraft Company. It was developed from the 1948 Cessna 170, using tricycle undercarriage, rather than a tail-dragger configuration. The Cessna 172 Skyhawk became an overnight sales success, and over 1,400 were built in 1956, its first full year of production. No matter how sophisticated your Aircraft Models Livery may be, Modelworks is bound to replicate your Airplanes graphics perfectly.  Call Toll Free for a free quote today:  1-844-8MODELS