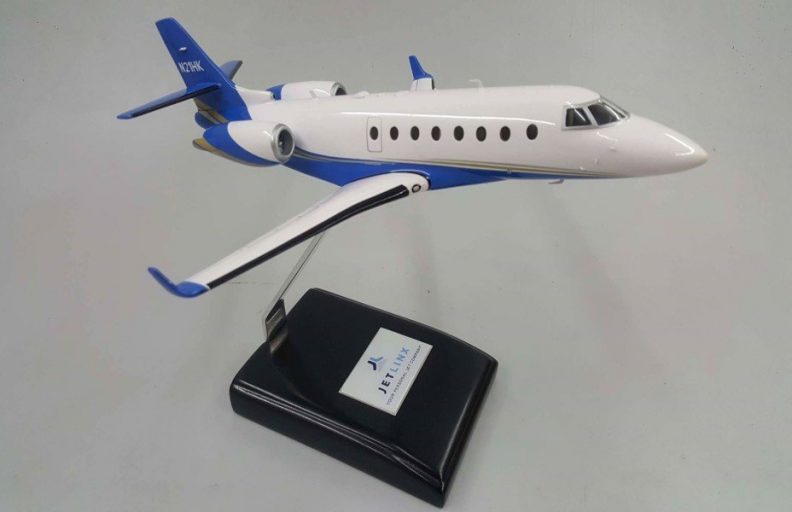 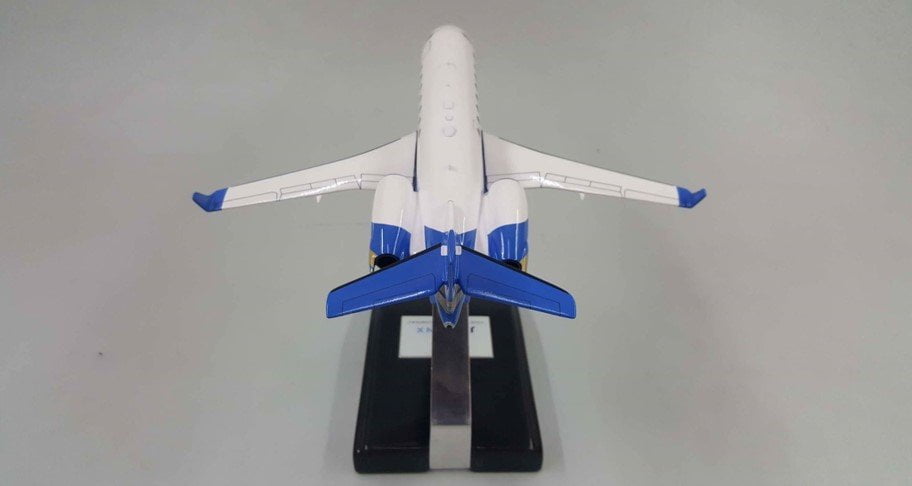 This Gulfstream G200 is a custom handcrafted model that can be ordered in a number of different sizes. The model can be fabricated in a variety of scales like 1 400 model planes, 1 200 model plane, or any scale.  The definition of a scale model by Merriam-Webster is as follows:  a small but exact copy.

The nickname of the G200 is the “Astra Galaxy” because it represents the period when Gulfstream Aerospace purchased Galaxy Aerospace in 2001.   The galaxy received a wider Fuselage and was powered by Pratt & Whitney PW306 turbofans.   The galaxy was officially named the G200 and later upgraded into the G250 and the rest is history.  Gulfstream continued to grow its business jet market through engineering and innovation.  There were over 250 units of the Gulfstream G200 built.  If the G200 is one of your favorites and you may want a custom handcrafted Airplane of your model.

No matter which aircraft you want us to build, ModelWork’s Artisan will not let you down.   We assign a 5 person team for every model we build. That’s 50 years of combined experience for 1 model!