Skip to content
From Paper Planes to Airplane Models: Evolution of Aviation Toys

From Paper Planes to Airplane Models:
Evolution of Aviation Toys 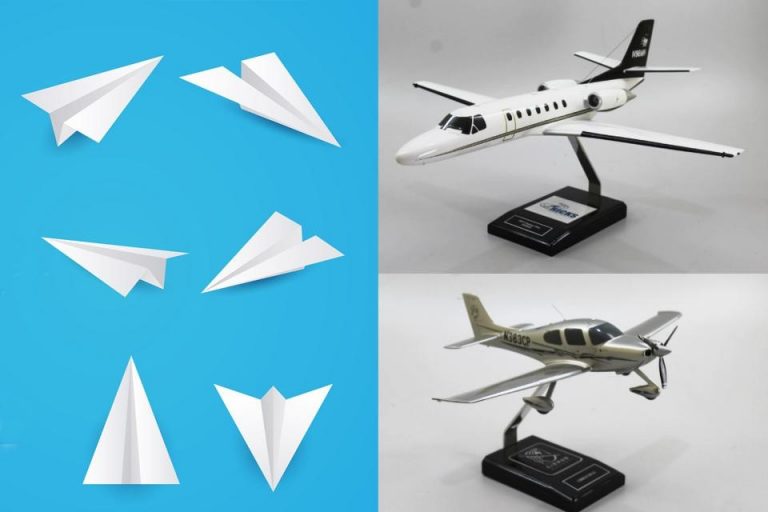 The world used to be so much simpler.

Before the smartphones… there was a simple beeper that could be used to send a message to a friend or family member.

Before the laptops and tablets… there was a big, bulky computer that helped the working profession create projects and documents.

Before the fancy gameboys or the Playstation, kids used to play hopscotch, Chinese garter, or go to the park with their friends.

Everything’s changed now due to the technological advancement. And it’s the same with aviation toys. For the sky-loving and aviation enthusiasts, there’s no greater joy that comes with seeing a custom-made airplane model, or an exact replica of an existing or imaginary/conceptual aircraft. To them, it means the world. And it’s with good reason.

Before all the advanced airplane models, the world only knew paperplanes. One that could be folded using a plain piece of paper, and thrown to the air with the push of the breezy wind. It was simple, and fun to play with. But now, airplane models have graced the world, giving a full view, 3D perspective of actual airplanes that roam the skies.

From a piece of paper to a soaring jet

Before all the advanced airplane models, the world only knew paper planes. One that could be folded using a plain piece of paper, and thrown into the air with the push of the breezy wind. It was simple, and fun to play with. But now, airplane models have graced the world, giving a full view, 3D perspective of the actual airplanes that roam the skies.

A good place to start if you’re just new to creating (folding) paper planes. Just get a piece of paper, fold half lengthwise, and then unfold. This initial crease is a guide to the next folding. Next step is to fold the top two corners down so they meet the center crease.

This fold will make the paper look like a house. Now, flip the plane over, and fold the corners in again to the center crease. The diagonal line coming off the top of the plane (on the left side) should be lined up with the middle (like on the right side). After folding the two sides, fold the top point down and let the tip meet the bottom (of previous folds).

Next, fold the entire plane in half (in on itself) to create a nose-like figure. You can now fold the wings down and create a straight line across from the top of the “nose,” to be repeated on the other side. And you’re done! You’ve finished the Bulldog Dart.

Now that you learned about the paper planes, it is now time for the airplane models – the latest in the evolution of aviation toys.

An airplane model is either a miniature masterpiece, or large scale wonder crafted by a very skilled person. These airplane models undergo thorough conceptualization, creation, and production, and takes up a lot of time and effort. For a simple and small airplane model, it could well take over 400 hours of build time fabrication. This is because the model makers (people behind it) give an impeccable attention to detail.
There are different kinds of airplane models available in the market. These are:

Mass-produced. This is when a model fabrication company produces products and stocks them as inventory, until a person takes interest, and buys them. These are items that are placed in inventory awaiting purchase. Oftentimes, airplane models that are mass-produced are general models. It highly depends on its manufacturer.

Airplane model kit. Perfect for aspiring and starting model makers. Airplane model kits allow an individual to assemble his or her aircraft, given a detailed list of instructions and guide to follow. Normally, the parts are not as complicated or complex, so it can also be child-friendly. Many hobbyists prefer to buy model kits so they can really feel their involvement in creating the aircraft model.

Custom-built. A collector’s obsession and guilty pleasure. Custom-built models are special airplane models that are pre-ordered from a model fabrication company. This is the best type to invest in if one is a collector because of the customization. You can have existing or imaginary and conceptual aircrafts hand-built by professionals, and everything is according to your desired specifications. This is also known as custom built production, wherein a model fabrication company will only manufacture a product once a customer places an order. It won’t be available on the market, nor it is displayed on the shelves. This will take an additional waiting time, but it will also allow a flexible customization!