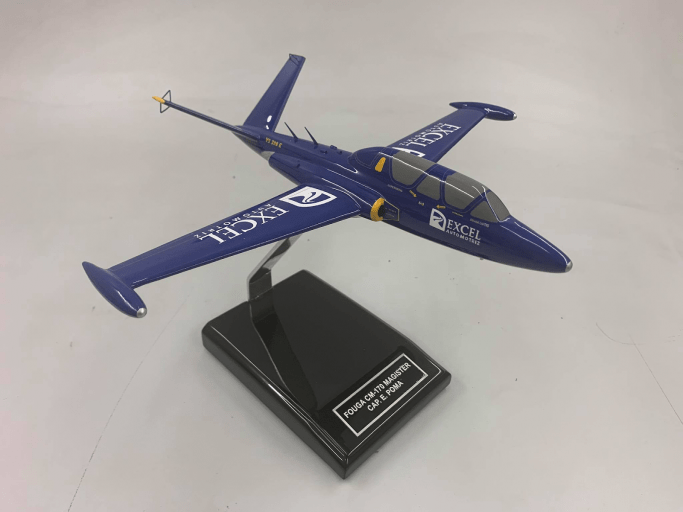 The French aircraft model was integrated with jet propulsion technology in 1948 due to its power insufficiency when a prototype design was made earlier that year. Other than being a trainer aircraft, it was also used as a fighter airplane when it functioned as a close air support by many operators. It’s a vintage aircraft model unit but still looks promising up until the present. Get this scale model aircraft now and tweak it the way you like it!  We at ModelworksDirect, a fine scale modeler can present you countless options on the paint color, finish, markings, stickers and type of material of the scale model aircraft. Model airplane kits and model airplane building supplies like the model airplane paint and model airplane glue can be bought in this airplane model shop. Just dial 1-844-8MODELS now!