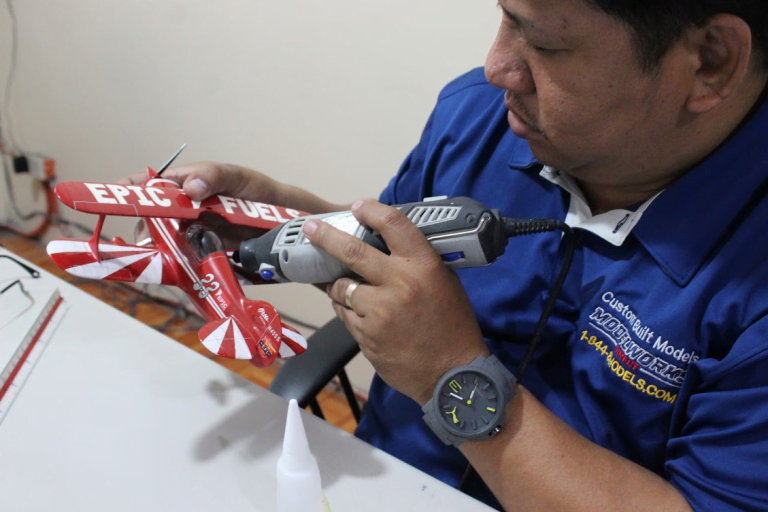 When it comes to creating an aeroplane design, there are a lot of factors in the engineering design process by which an aircraft are designed. Among these are customer and manufacturer demand, physical constraints, safety protocols, and economic limitations, etc.

Most of the time, aircrafts are regulated by national airworthiness authorities. The authorities check on the design, and if the market requirements are being made. This fact alone explains why manufacturers put in great effort prior to constructing the machine – by using scale airplane models.

Many years ago, the construction of a design usually starts with using analytical theory to do the various engineering calculations. These calculations go with a lot of experimentation, and would not only be labor-intensive, but also time-consuming.

In the 1940s, several engineers wanted to simplify the calculation process, making way for the development of different semi-empirical formulas. But even after the simplification, it was still extensive. The invention of computers truly paved the way for engineers to automate the calculations. The only problem was, there was a lack of design visualization, and the huge experimentation just kept the field of aeroplane design stagnant. With the introduction of personal computers soon after, design programs began employing a more user-friendly approach. It took some time before they were able to master using computers to aid the design of aircrafts.

The main aspects of aircraft design are aerodynamics, propulsion, controls, mass, and structure. These are taken into consideration when constructing an aeroplane design.

The first phase is CREATING A CONCEPTUAL DESIGN. It all starts with an idea. Engineers work on sketching a variety of possible aircraft configurations that would meet their target and required design specifications, while taking into account different factors, such as aerodynamics, flight performance, structural and control systems, and propulsion – the process being called design optimization.

During this stage, engineers will also determine various fundamental aspects such as wing configuration and location, fuselage shape, engine size, and engine type. The final conceptual design will then be reviewed by both the engineers and designers.

The second phase involves PRELIMINARY DESIGN, where in the previous conceptual design, after being reviewed, is tweaked and remodeled to fit into the specific design parameters. The wind tunnel testing, computational fluid dynamic calculations of the flow field around the aircraft, major structural and control analysis are also done. Some of the aerodynamic flaws and instabilities in the conceptual design are also corrected here.

The third and final phase is DETAIL DESIGN, which deals with the complete fabrication of the aircraft to be manufactured. This is where the engineers and designers determine the structural elements such as number, design and location of ribs, sections, and spars. This step also oversees the flight simulators for aircrafts. After determining all that needs to be configured into the aeroplane design, the engineers have scale airplane models built, all showing he accurate, and perfect representation of the design they made.

The airplane models are a crucial factor in this phase, because it doesn’t just help showcase the airplane manufacturer’s new designs for the aircraft (new features and options), it also takes into consideration aviation safety, when the aeroplane design is followed.

For example, naval aircrafts are built to meet certain specified requirements. These requirements are carefully selected to only be built into one aircraft. No aircraft can possess all characteristics – it cannot have the comfort of a passenger or commercial airplane, and have the maneuverability, or even the attack and defense systems installed in a fighter jet.

There is one complete design specifically fitted for one aircraft, and the three phases of aeroplane design construction should be followed again, should one wish to create even a modified version of an existing model.

These units may differ in another aeroplane design.

The use of scale airplane models isn’t limited to hobbyists, collectors, and kids. It’s a very vital factor used by the engineers, and designers to ensure the overall design and safety of an aircraft, which will be used by real life people – whether for commercial or military use.